We Exist To Increase
Brain Donation

Our mission is to increase brain donation to advance science, leading to the treatment and cure of neurological, neuropsychiatric and neurodevelopmental disorders. We will achieve it by increasing awareness of the critical need and by simplifying the process of brain donation.

The Brain That
Started It All

One man’s gift inspired the Brain Donor Project—and launched efforts to increase brain donation for research. The Brain Donor Project is the legacy of Gene Armentrout, who died in March 2015, after suffering from Lewy Bodies Dementia. Gene had planned to donate his body for anatomical study when he died, and when his family learned that Gene’s brain would be valuable for LBD research, they knew he was  meant to be a brain donor. The NeuroBioBank of the National Institutes of Health (NIH) had only recently been developed, and it wasn’t widely known that many kinds of brains were urgently needed for scientific research. When Gene’s family learned of the NeuroBioBank’s work to make available high-quality, well-characterized brain tissue for scientific study, the Brain Donor Project was born to support its efforts. 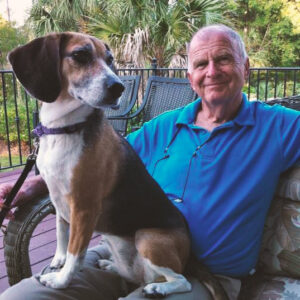 Put simply, there is no better way to understand the circuitry and biological processes underlying every thought and action than to study the brain itself. Recent advances in genomic technologies have paved the way for rapid progress in defining genetic underpinnings of human disorders. These breakthroughs for complex brain disorders require high quality post-mortem brain tissue, and thus the need for these tissues has greatly intensified. That’s why the NIH created the NeuroBioBank, which established a new framework for collecting, processing, storing and distributing human brain tissue—to advance the science of brain disease.

The blue patterned background at the top of the home page of the Brain Donor Project website is an actual histology image of the donated brain of Gene Armentrout. The image is enhanced to highlight the protein deposits that are the hallmark of Lewy Bodies Dementia.